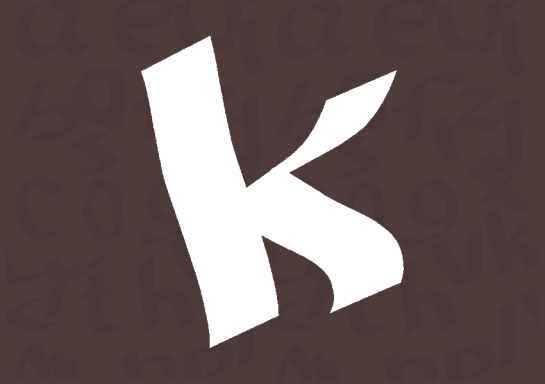 In section two of this article, I intoned that (professional level) font generation is probably always an automated affair, accomplished with graphics oriented mathematics suites specifically honed to apply constant biases, and thus a consistent look and feel, to every letter.  That was an opinion, and an assumption on my part, and I was led to it because it seemed very reasonable that it should be that way.

Well, I was wrong.

I’ve done some additional internet research since yesterday, and have discovered that fonts are mostly hand crafted.  Still.

A group in Japan has created some software to “automate” font creation.  Their algorithms require a one letter sample (e.g. the letter “A”), and then can create the other letters automatically, with “like” attributes.  I don’t know if this kind of code has been incorporated into any commercial products (for instance, into Apple software) or not.  It seems that the Japanese concluded that the system was good only for body text fonts, and not for very intricate ones.

For a look at the complexity of the software, see the following link: