So, there we were …  at the store, looking for stuff in which to grow bacteria.  Seems like it’s a short equipment list for the yogurt people.  This is a good thing, since our idea’s motivation is to save money, and fart around while we’re at it.  All we bought there at the (dare I say it) Target store was a digital thermometer.  Seems yogurt is all about temperature.  Get that right, and you’re golden.  So it says in countless internet blog snippets.  Oh – and don’t blow the sterilization – or you may end up growing some a*n*t*h*r*a*x, and that likely would not be so good for our digestive systems as would be the yogurt!

At home, I tossed everything that I thought I’d touch during the process into my sterilizer.  Yes, I know it looks a bit odd for a sterilizer. It’s not quite as fancy as the store bought job.  I suggest that you find a fancy one with dials and racks so that you don’t scald yourself to death.  My version seems to work OK if I submerse everything completely in the boiling water.  Or so I am apt to think.  This is being written after making one round of yogurt, eating it, and surviving.  However;  you’d be taking your chances following my advice. 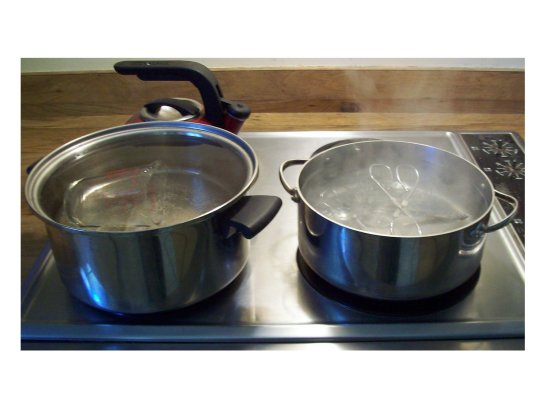 Figure 1.2 - Sterilize everything in sight!

At this point, my lawyer calls me on the phone.  “Tell them hot water is dangerous, and can scald or maim or kill them and cause genetic damage in subsequent generations.   Tell them not to bother with the Yogurt.  Too damned dangerous.”

Am I being cynical?

I bought some two percent fat milk.  I heated it to 180 degrees (see the thermometer reading in the figure).  Some people say go up to 185. Maybe that’s safer.  I think some guy named Louy called this part of the process pasteurization.  Go figure. Methink’s the idea is not to trust the milk manufacturer, who (it says on the label) already did this.  If there were any *a*n*t*h*r*a*x* left in the carton, well … you know … we’d all end up with hairy knuckles.

Figure 1.4 Louy would be proud

See my fancy thermometer sensor hanger.  I used fireproof ribbon and a curtain hanger clip.  You might want to try something with more design documents, cost, specifications, and somewhat less wife “Oh yuck” statements accompanying.  Mine worked for trial number one. Make sure the tip of the thermometer doesn’t touch the bottom of the pan and give a false high reading!

Now the lawyer’s on the horn again.  “Tell them you’re not a doctor or biochemist.  You don’t know if 185 is better than 180 degrees, do you?  Tell them not to bother with the yogurt.”  I hang up, then get back to business

Let the milk cool to 115 degrees.  Why?  The yogurt culture would be killed if we put it into the 180 degree water.  So they say.  Taking their advice, I dabbed two tablespoons of store bought yogurt into the pint of two percent milk, doing this as the fancy thermometer hit 115 degrees.  (Doesn’t it look like a tiny laptop?)

Stir briskly if you want.   I did, for about two minutes, and the result was good. I
think the yogurt’s likely to be clumpy if one doesn’t take the time to stir the culture
into the milk.

–
Now your oven has been preheated to one hundred degrees, right? No? Sorry – I
meant to tell you to do that.

Pour the 115 degree milk into a few glass jars (sterilized). Put these in the 100 degree oven, and wait seven hours. Yeah – it’s a long time. Sorry. Seems to be no way out of that part of the recipe. I suggest “Ladies home and Garden” for reading. Kidding.

If you have very active, high density starter culture, the time may be less.  Frequent checking is advised (every thirty minutes after about three hours) until you have determined what your chosen starter is likely to do.

In my case, I checked the yogurt after seven hours. It was much like custard.  Then I  refrigerated it.

If you use two percent milk as I did, the yogurt will be somewhat soft. Whole milk makes it firmer, and cream the firmest. Mileage may vary. Some sites on the internet have information that so-called “Greek” yogurt uses the cream.  Other sources say that the firmness can be increased by holding the 185 degree heat for thirty minutes.  Apparently, the protein breaks down and allows a more gelatinous mass to form.  Again, I’m not the biochemist here.  Enjoy!