Entanglement is a reverberation of echoes, plain and simple. It’s easy classical physics. The FTL reverberation happens so quickly due to mostly longitudinal (but not scalar) energy moments that are aether-crystal-node scaled. They echo so quickly such that it seems instantaneous. Did I mention that entanglement is an echo? Imagine two loose rocks, each one on opposite sides of a canyon. Someone yells, and an echo starts, bouncing back and forth. One rock can modify the other’s fate, and cause either rock to fall. With atoms, it is less subtle.

Most methods to create entangled “quantum particles” involve crystals. Those crystals are usually barium borate(BBO), silicon nitride, or graphene. They are ALL hexagonal crystals. Such crystals “match” the aether, bootstrapping liquid-crystal-like traces for entanglement echos. Entanglement is an echo of mostly longitudinal percolations of energy moments along hexagonal crystal vertices. The echo is FTL, and the maximum reverberation of the echo is defined by Young’s modulus. Transverse waves are caused by refractive discontinuities and are secondary.

In presence of energy, the aether acts like a liquid crystal at atomic scale granularity. Individual point source moments are mostly longitudinal “rays” while the transverse wave is caused by the collective refraction gradient made by the “ray” traces propagated by self assembly. By “collective,” I mean the collective of all point source “rays” that make up the total of the initial primary energy moments, and their collective refractive discontinuities.

Did I mention that entanglement is an echo? It’s neither “official quantum mechanics” nor is it entanglement, really, but that’s what they’ve called it for a hundred years. When in Rome …

Of course transverse waves are secondary! How could a 1/10 nano-meter atom completely absorb a 1 micron transverse energy wave? That wavelength is 10,000 times bigger than a typical atom, and cannot be absorbed sensibly. Primary energy has longitudinal/torsional point source geometries.

First comes the primary percolation of energy moments thru a hexagonal crystal, via vertices (six per hexagonal crystal cell). These are effectively crystal “waveguides” with tiny transverse geometries, allowing for the longitudinal direction of moment transfer through them. Collective refraction follows, generating the much larger transverse wave.

Would we call the point source energy moment propagation through the crystal a transverse or a longitudinal propagation? Likely it is both. At amorphous aether granule scales it is likely longitudinal, but at the aether crystal and atomic crystal geometry scales it is likely to be partially transverse. The longitudinal moment transfer is necessary for the crystal structure to self assemble and self-organize into a trace for an entanglement echo. But, the lattice percolation is likely partially transverse (on the very tiny scale of the crystal lattice, and even smaller scale of aether crystal). Both scales are dwarfed by the size of the secondary transverse wave that is subsequently generated via the refractive discontinuity of all point source ray moments combined. It seems that it needs to be that way, else we’d have the cart before the horse. A “waveguide” is needed for transverse oscillation, but the waveguide doesn’t exist unless there is a longitudinal moment to construct it.

The longitudinal mode is the base mode of nature. The transverse modes (both crystal percolation transfer mode and refractive discontinuity transfer mode ( human scale i.e., blue,green, 530nm, etc) – are a sort of waveguide “formation” that includes the base mode as the effective moment transfer, but “looks” transverse due to the refraction of the waveguide.

The corners of the crystal’s vertices will engender their own internal-gradients – and these will tend to make the internal facets of the waveguides to be rounded, and facilitate torsional (angular) momentum. Refraction within the waveguide will tend to centralize the propagation, lowering the transverse component.

This is a step back from my earlier longitudinal moment transfer opinions. But – I think now that it is not an either/or but instead it is “all of the above” sort of answer. Different definitions apply depending upon which scale is in play: aether crystal percolation, atomic crystal percolation, or human scale measurement. 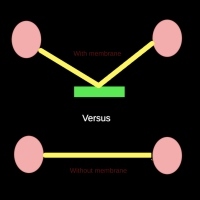 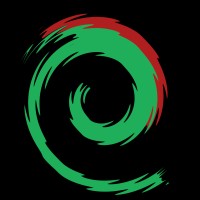 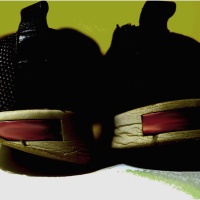 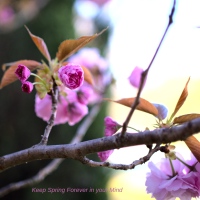 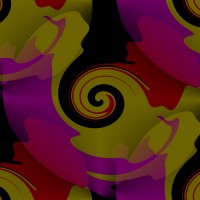 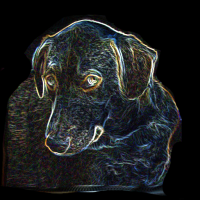